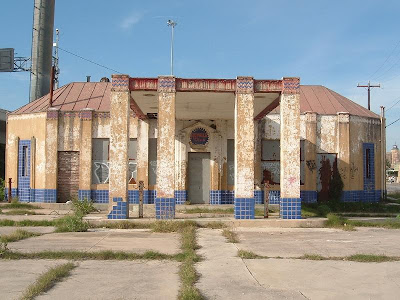 Humble Oil was founded in Texas in 1911. Their stations were once found throughout Texas. They later merged with Standard Oil and were rebranded as Exxon in 1972. This is the last Humble Oil station left standing and it's here in San Antonio. You can still see the Humble Oil logo over the door.

Get this widget at roytanck.com